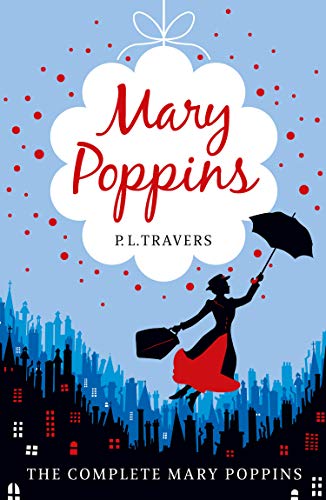 Discover the joy and wonder of Mary Poppins in the classic adventures!

When their new nanny, Mary Poppins, arrives on a gust of the East Wind, greets their mother, and slides up the banister, Jane and Michael’s lives are turned magically upside down.

Familiar to anyone who has seen the film or the West End adaptation, you can now read all six of these wonderfully original tales about Jane and Michael’s adventures with the magical Mary Poppins. In each book Mary takes the children on the most extraordinary outings: to a fun fair inside a pavement picture; to visit Uncle Andrew who floats up to the ceiling when he laughs; on a spectacular trip to see the Man-in-the-Moon! With her strict but fair, no-nonsense attitude, combined with amazing magical powers, things are never straightforward with Mary Poppins! But she has only promised to stay until the wind changes…

Enjoy reading Mary Poppins - the Complete Collection? You may also like these books