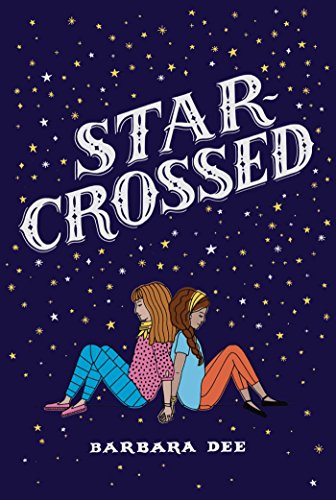 Paperback (Aladdin March 13, 2018) , Reprint edition
Twelve-year-old Mattie wrestles with her crush on Gemma as they participate in their school production of Romeo and Juliet in what School Library Journal calls “a fine choice for middle school libraries in need of an accessible LGBTQ stories.”

Twelve-year-old Mattie is thrilled when she learns the eighth grade play will be Romeo and Juliet. In particular, she can’t wait to share the stage with Gemma Braithwaite, who has been cast as Juliet. Gemma is brilliant, pretty—and British!—and Mattie starts to see her as more than just a friend. But Mattie has also had an on/off crush on her classmate Elijah since, well, forever. Is it possible to have a crush on both boys AND girls?

If that wasn’t enough to deal with, things offstage are beginning to resemble their own Shakespearean drama: the cast is fighting, and the boy playing Romeo may not be up to the challenge of the role. And due to a last-minute emergency, Mattie is asked to step up and take over the leading role—opposite Gemma’s Juliet—just as Mattie’s secret crush starts to become not-so-secret in her group of friends.

In this funny, sweet, and clever look at the complicated nature of middle school romance, Mattie learns how to become a lead player in her own life.

Enjoy reading Star-Crossed? You may also like these books