The Octonauts and the Only Lonely Monster

By title
The Octonauts and the Only Lonely Monster
By author
Meomi
By publisher
Immedium
Format
Other Formats & Editions
? 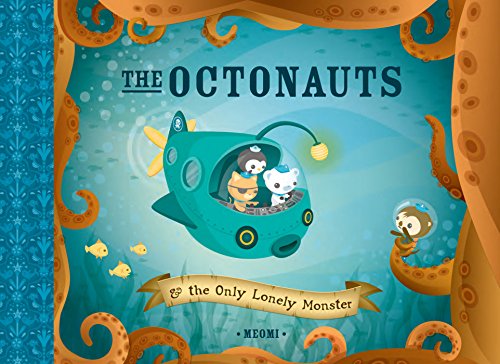 The Octonauts and the Only Lonely Monster

The Octonauts encounter a giant sea monster... what will our friendly crew do? Enjoy the original books that launched the hit animated TV show worldwide!


The Octonauts are a crew of adorable animals who explore the oceans in search of adventure and fun! From their undersea base called "the Octopod," the Octonauts explore a vibrant world full of thrills, chills, and gills. The crew of eight talented critters, which include a brave polar bear, daredevil kitten, helpful penguin, and scientific sea otter, is always ready to embark on a new exciting voyage.

In this debut story, the Octopod bumps into a huge creature from the deep! However, the Octonauts discovers it is a case of mistaken identity. Certainly the crew can help it find others of its kind, but there is a hook... they must explore the seven seas to do so! Along the way, see exotic locales and fantastic animals and learn the special value of friendship and individuality.

Combining the instant appeal of Hello Kitty with the intrepid spirit from Star Trek, the Octonauts will entertain and delight children, while adults will appreciate the stylish design and subversive humor. Lushly layered and brightly colored illustrations create a teeming undersea universe that will dazzle readers’ eyes, incite their imaginations, and tickle their funny bones.

Called “charming and beautifully-designed” by comics scholar Scott McCloud, Meomi’s winsome cast of characters have attracted an international audience, from kids, parents, and teachers to digital artists and fashion designers. What is their next mission? Stay tuned for the next Octonauts adventure to find out! Immedium’s original four books inspired the popular animated television series that is broadcast on Disney Junior and Netflix and in more than 100 countries around the globe.

“Best Buy - The Octonauts has gained an international cult following for its beautifully rendered and vibrant illustrations (and refreshingly sassy characters)."

Enjoy reading The Octonauts and the Only Lonely Monster? You may also like these books