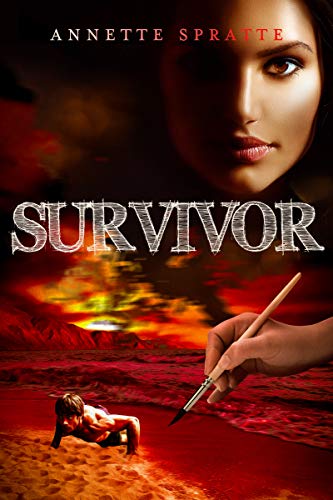 language ( July 25, 2017)
You won’t find out what happened to her. But you will find out how she handles it.
19 year-old Josie is stuck in boarding school and there are only two ways out: graduate - or commit suicide.
It’s not the school that troubles her, but what happened before. And now she has to find a way to live with it.

Walk with her through the hallways of the school she calls “the bitch kennel”, through emotional turmoil, unexpected friendship and a passion for painting that leads to the discovery of a strength she had only guessed at before.


"IHIBRP Recommended Read Award Review:
The makings of a great novel lie in wait in “Survivor”, a short story by Annette Spratte that introduces readers to a 19-year-old by the name of Josie who is shipped off to boarding school after a personal trauma resulting from a botched suicide attempt.

Despite her young age, Spratte’s Josie is quite a mature young woman in this coming-of-age story that sets her up on her path to the future. Josie imbued with the usual teenage angst, but Spratte endows her strong female-lead with a maturity beyond her years as she learns to deal with inept teachers, bullying classmates, a detached mother, and a father who treats her more like a corporate associate than a daughter. The plotline of this story is familiar, but the relationship between these characters is vivid and complex. More than a few teens and women will relate to this nightmare-dreamer who is just gearing up to take charge and shape her own destiny. I look forward to the debut of Spratte’s upcoming novel and highly recommend this superlative read.

Congratulations to the author on this IHIBRP 5 Star Recommended Read!"