Game on Boys!: The Playstation Playoffs 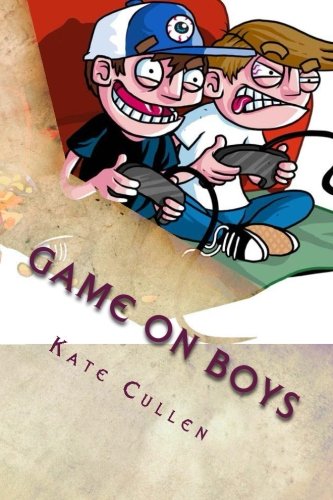 Game on Boys!: The Playstation Playoffs

Paperback (CreateSpace Independent Publishing Platform July 31, 2014)
"Game on Boys" is a hilarious adventure story for boys and girls that will get you laughing hysterically until your guts explode. Just make sure your Mom doesn't have to clean it up and keep the dog away.It follows the adventures of PlayStation and Minecraft addicted 10 year old cool gamer, Ryan and his cool school, cool teacher and very uncool sister 'Loom Band Lisa' who does everything in her pink power to ruin his fun.When his teacher with the unfortunate name (Mr Higginbottom) introduces a PlayStation competition at school, everyone goes into a crazy frenzy as they battle their way to win the prize.With Ryan's cool gaming record he's a sure fire thing to win until something disastrously ugly happens to cause his plans of victory to come tumbling to the ground faster than super sonic radar doing a bungee jump with a triple somersault back flip on the way. SPLAT!Will it all end badly, and will Ryan's reputation change from being the coolest gamer to the biggest loser wearing splatted egg on his face or can super dooper good things come out of really horrid bad things?It's all about boys that love computer games, pea shoot in class, catch flies in their mouth and make fart sounds under their arms.With heaps of school yard humor and funny illustrations, this book is sure to get you away from your consoles for awhile. Watch out for 'Game on Boys 2 : Minecraft Madness' soon

Enjoy reading Game on Boys!: The Playstation Playoffs? You may also like these books